Well, I’m here to say that “bigger is not always better.” Crystal and Kirk had a very intimate wedding last weekend of about 30 guests. The ceremony was at a beautiful park in Dana Point overlooking the harbor.

After the ceremony, we went down to the harbor level below and shot around the Ocean Institute. I particularly like the roll-up warehouse doors for their texture, color and urban feeling. 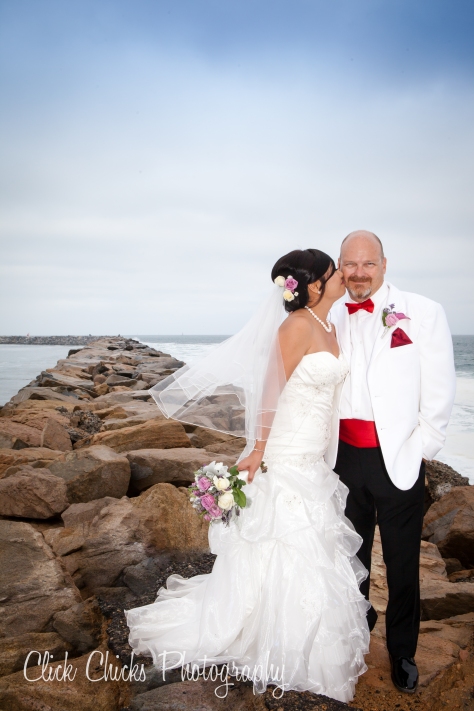 The waves were actually huge, which these photos don’t show. And the tide was so high we couldn’t go down to the sand. To tell you the truth, I much prefer the jetty rocks. 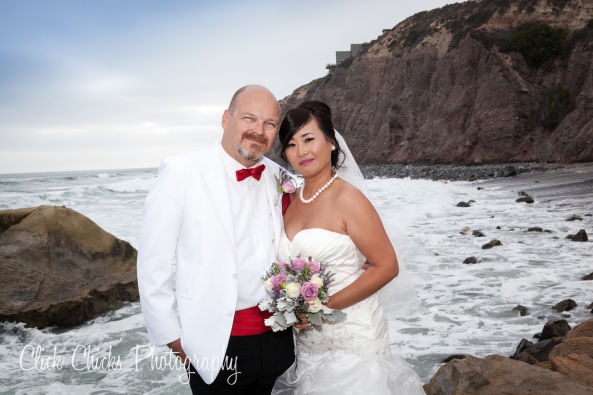 There are several arches on the hillside that I’ve shot at a few times. But I just learned their origin. They’re the remains of a hotel intended to be The Dana Point Inn. This was as far as they got with construction because the great depression hit, and the dreams for the hotel died in the 1930s.